Please check whether the email is correct. 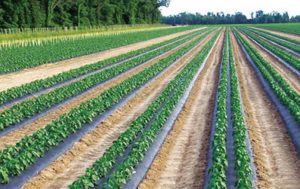 MSEPL’s mulch films are advanced multi-layer mulch films that are manufactured using multi-layer blow film co-extrusion. Offering UV protection, these films are available in smooth (blown) and in a wide range of thicknesses and widths according to specific growers’ needs, specifications and crops.
This enables us to process raw materials that guarantee the highest level of mechanical strength and flexibility, and compatibility with all mechanical testing standards. 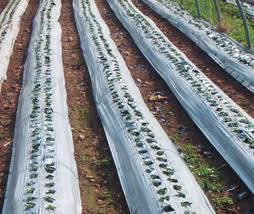 Black/Silver and Black/White Films
These three-layered films are silver or white on the side facing up and black on the side facing down. The silver or white colour reflects radiation to prevent the overheating of seedlings, plants and fruit, enhances photosynthesis and repels pests; and the black color prevents the penetration of light and reduces the germination of weeds.These films are recommended for vegetables, flowers and orchards with single row layouts or for the entire width of greenhouse gables.

Brown/Yellow Films
These films are are yellow on the side facing up and brown on the side facing down. The yellow color attracts pests (mainly tobacco whiteflies), and studies done by Israeli researchers have shown that the use of these films significantly reduces the chance of viral diseases being transmitted by tobacco moths to multiple crop types. The brown color reduces radiation transmission and weed germination.
These films are recommended for growing summer vegetables.

Al-Or Brown Films
Al-Or brown films combine two properties – radiation transference in the NIR range, which contributes to the heating of the soil, and radiation blocking in the PAR range, which reduces weed germination in a similar manner to opaque films. These films are especially suitable for crops that grow in autumn, winter and early spring and in areas prone to weed growth. 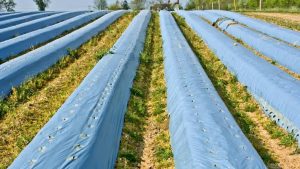 Brown/Silver Films
These three-layered films are silver on the side facing up and brown on the side facing down. The silver color reflects radiation to prevent the overheating of seedlings, plants and fruit, enhances photosynthesis and repels pests; and the brown color reduces radiation transmission and weed germination.

Black Films
Black films absorb and block radiation to suppress weed germination. As they absorb radiation, they warm up and heat the soil, and during hot seasons, may overheat result in burning, seedlings to collapse and hyperthermia in fruit.

Keep up to date — Get e-mail updates